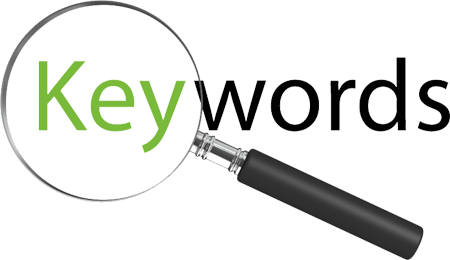 A group known as the Club of Rome headed by Dennis Meadows wrote The Limits to Growth, in which the authors argued that the combination of population growth and finite natural resources would create mass misery (figure 9.3).  The group ran several computer simulations on the future of humanity under various scenarios, all of which seemed to end in disaster, often around 2015.  At the time, computer simulations were seen as innovative and futuristic, and the model gained credibility simply because it used a computer to generate the output.  Even the basic computer-generated output with its hand-drawn overlay was considered impressively ground-breaking in the early 1970s.

Criticism of Boserup:
1. The major criticism levelled against Boserup theory is that it is not applicable to those economies where the urban industrial sector is less developed, The U.S. A. or Canadian economies even, if it is sparsely populated as compared to many other economies is, thus, no longer a test case for this theory.

2. Boserup has expressed the hope that in the present day underdeveloped economies, growing population can be absorbed in the agricultural sector. But, this idea is true in countries like U.S.A. where the density of population is quite low. The farm problem in such economies has necessitated transfer of labour from agriculture sector to the non-agriculture sector.
The reason is that it is difficult to understand Boserup’s opinion how urbanisation and subsequent industrialization took place in such countries when pressure of population on agricultural development was quite low in pre- urbanisation periods. In fact, there are certain other significant factors which are quite important to bring urbanisation and industrialization in those countries.

3. Though, Boserup has attempted to show that cultivation becomes more intensive when population increases and becomes extensive in character when population falls. But, this assertion of Boserup is not fully convincing. It is due to the reason that the sequence of intensification of cultivation and accompanying technical, institutional and social set up enumerated by her is not fully reversible.
In Indian context, the growing unemployment in the agricultural sector in the post-independence period is so conspicuous that it can be ignored. In other words, disguised unemployment in traditional agricultural economies of South East Asia fails to recognise the fact that agricultural development has totally failed to absorb growing population.
​
4. Boserup has absolutely ignored the unfavourable effects of growing population on agriculture. In backward economies where land frontiers have already been reached, the sub-division and fragmentation of holdings must follow. Thus, small farmers in turn will obstruct the use of improved technology and the growing population may adversely affect the process of capital formation.

The balanced views have been suggested as a strategies for sustainably managing natural resources. This involves using conserving and preservation of natural resources whilst depending on human ingenuity or technological advances to find sustainable solutions to resource management.

On the other side of the spectrum, improved governance of natural resources could also lead to sustainable management of existing resources. This could involve:
Conservation: refers to the process of protecting and managing a resource in such a way that it will not be degraded or damaged. This can be done through a reducing the use of the resource e.g forest resources can be protected against irresponsible lumbering or by encouraging afforestation. In terms of energy conservation, existing energy resources can be used in such a way that future generations can benefit from it, resulting in little or no environmental damage.

Preservation: attempts to maintain resources in their present condition in areas untouched by humans. This emanates from the fact that mankind is encroaching on the natural environment in an unprecedented manner; a rate at which many unprotected landscapes are being exploited for agriculture, industry, housing, tourism and other human developments.

"Stewardship is the ethical principle that views managing resources as a responsibility undertaken as a privilege on behalf of others.  In other words, resources are managed with the needs of the wider (and even global) community in mind, taking into account resource availability for future generations.  Stewardship is thus quite different to exploiting resources for immediate profit as a avaricious owner might do.  Resource stewardship encourages a sustainable and responsible approach to managing resources that looks towards the needs of future generations rather than seeking immediate, short-term outcomes."
Codrington, Stephen. Our Changing Planet (Planet Geography Book 1) . Solid Star Press. Kindle Edition.

The Circular economy
Looking beyond the current take-make-dispose extractive industrial model, a circular economy aims to redefine growth, focusing on positive society-wide benefits. It entails gradually decoupling economic activity from the consumption of finite resources, and designing waste out of the system. Underpinned by a transition to renewable energy sources, the circular model builds economic, natural, and social capital. It is based on three principles: The concept of a circular economy
In a circular economy, economic activity builds and rebuilds overall system health. The concept recognises the importance of the economy needing to work effectively at all scales – for large and small businesses, for organisations and individuals, globally and locally.
Transitioning to a circular economy does not only amount to adjustments aimed at reducing the negative impacts of the linear economy. Rather, it represents a systemic shift that builds long-term resilience, generates business and economic opportunities, and provides environmental and societal benefits.

Differences between linear and circular systems
This system is different from the linear systems approach, where  (eco-efficiency). Sustainability, in the circular systems approach, focuses n minimizing the negative impact of the system and maximizing the positive impact through innovations and systems change (eco-effectiveness).
The linear economy works on the ‘take-make-dispose’ plan but the circular economy operates on the principles of reduce-reuse-recycle.
​