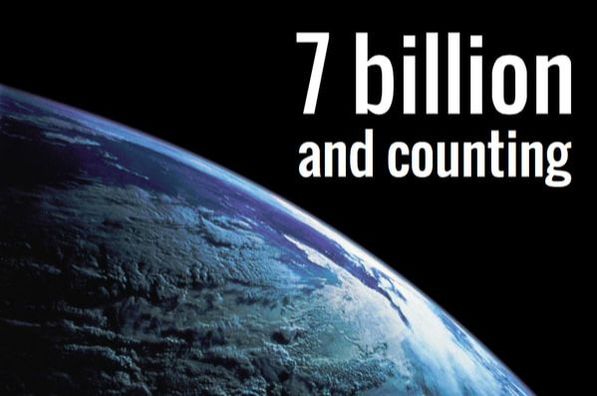 Historical world population
Should we be worried?

Population density:  The amount of people living in an area of land.

Over population: The resources cannot sustain the current population. As long as there is over population the quality of life will decline through unemployment, pollution, degradation of the environment.

Create a table and discuss what areas are likely to be over populated and under populated. Why is this the case?
Use the following website to help answer this question.
Where do people live and why?

Birth Rate – Number of births, per year, per 1000 people in the population

Death Rate – Number of deaths per year, per 1000 people in the population

Natural Increase - An increase in a country's population because birth-rates are higher than death-rates.

Create a table (Advantages and Disadvantages) using this Prezi fill in all the reasons.

State:
1 The birth rate in Russia.
2 The death rate.
3 The year when Russia’s population reached its highest level.
4 The population density.
5 The gender with the highest death rate.
6 The level of use of contraception by married women aged 15–49.
7 The difference in life expectancy between men and women.
8 The greater number of women than men in Russia.
9 The number of villages abandoned since 2002.
10 The medal awarded to families with four or more children.

A population pyramid: also called an age pyramid or age picture diagram, is a graphical illustration that shows the distribution of various age groups in a population (typically that of a country or region of the world), which forms the shape of a pyramid when the population is growing 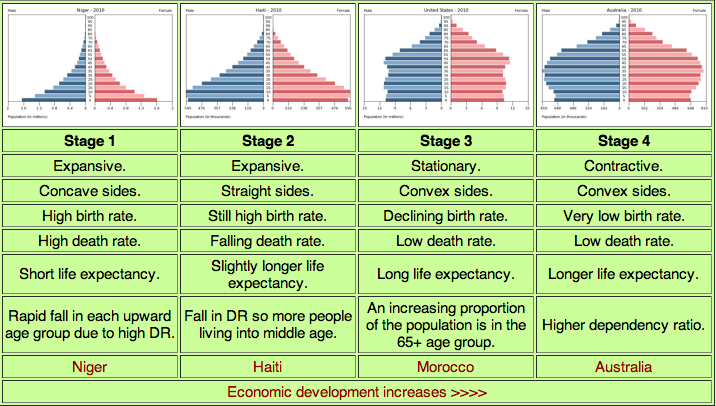 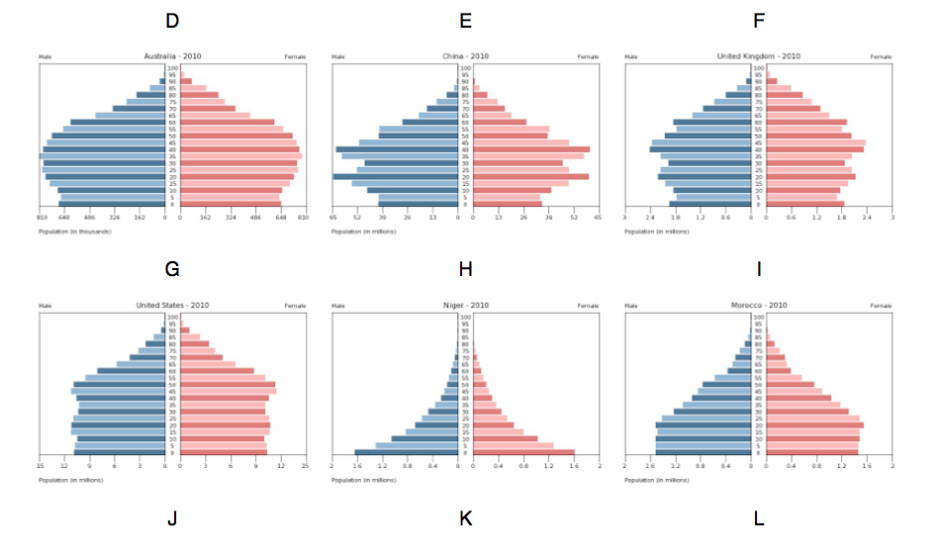