Discuss the various financial flows in the following image. Print image and annotate with examples. 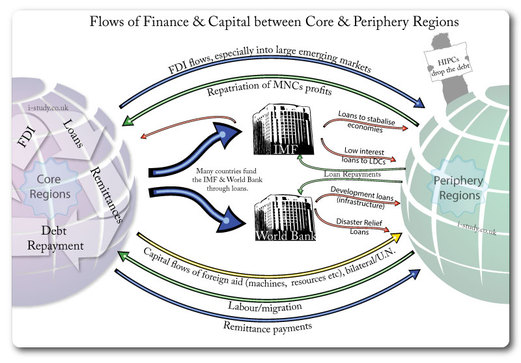 Flows of Finance and capital between core and periphery 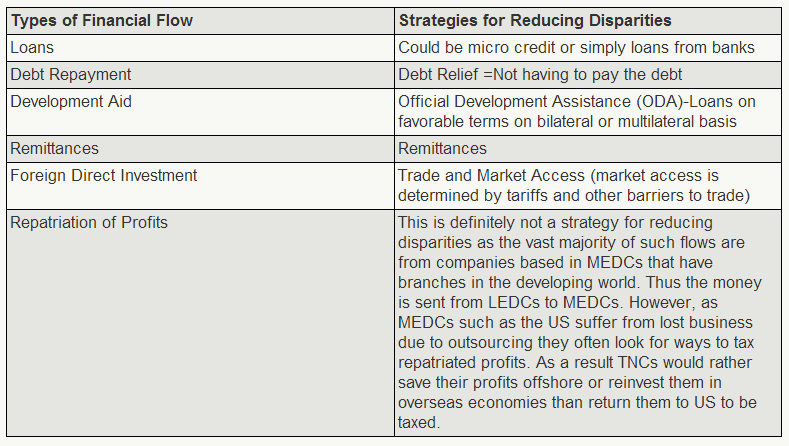 Collaborative Research: Create a Google document where each person researches a case study on the importance of:

For each case study you should explain the Financial Flow and how it works, give a real life example with factual content and assess the importance of it.


The aim of all national governments is either to try and balance their budget or to get a budget surplus (unfortunately most countries run a deficit). As well as balancing spending and taxation governments also need to look at the their levels of imports and exports. Governments can increase or decrease imports and exports in some of the following ways
World Trade organisations

The WTO started its life as GATT (General Agreement on Tariffs and Trade). GATT was established in 1948. GATT involved member countries meeting (rounds) to discuss and agree tariffs over trade. The final round in Uruguay (1986-94) agreed to establish its successor the WTO. The WTO officially began life on the 1st January 1995. The WTO Is based in Geneva and now has 153 members who between them represent 97% of total world trade. Although GATT only looked at the trade of goods, the WTO also looks at the trade of services and intellectual property rights. The aim of the WTO is to:
Despite its work, the WTO has had some critics. It is criticised for favouring MEDCs especially over its agricultural subsidies, allowing counterfeiting and breaking of copyright/patents to continue in member countries and having no power to punish countries who break trade rules.
Financial Istitutions 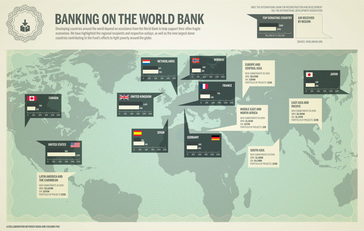 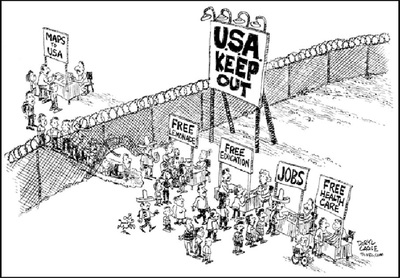 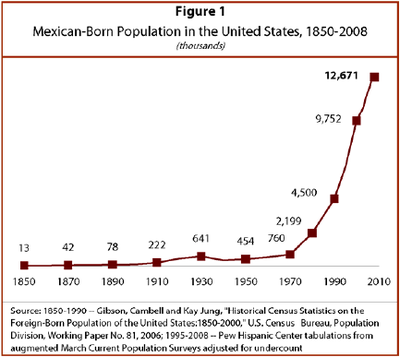 ﻿You will need to explain:
How many people have migrated?
Reasons for their migration (stick to the work related issues)
Causes and Effects of this migration (It is VERY important to look at both country of origin and destination here)
How has the USA tried to limit migration from Mexico? (what methods have they used)
How successful have the US attempts been to limit this migration?

Background
More than 11% of Mexico’s native population lives abroad, making it the country with the most emigrants in the world. 97% of all Mexican emigrants reside in the United States, which are more than 12 million (legal and illegal) migrants. Estimates on the amount of Mexican emigrants of indigenous origin in the U.S. range between 50% and 90% of the entire emigrant population. 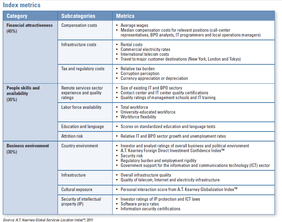 Create a one page document explaining which regions are the most attractive in the world for outsourcing.

Create a mind map with examples of how Apple outsource around the world. Use Coggle to make the mind map.
(Where - What - Why?)