Burgess concentric model
Burgess concluded that city land-use could be identified as a series of concentric rings around the CBD. The CBD will contain all the major shops and offices and be a centre of entertainment. Surrounding this CBD will be the oldest housing, which is in a state of deterioration. Industry will also feature in this area. This is the area often referred to as the inner city or 'zone of transition'. Then, we get three rings of housing. The first will be high density, poor quality that traditionally houses the workers for the factories. Next, is slightly lower density, middle class housing. These will be semi-detached with gardens. Finally, there is a ring of high class housing for those who can afford to commute.

Urban Model for a developing country

The CBD is similar to that in the developed world and is an area of high-rise offices and shops. However, the similarities stop here. The CBD is surrounded by high-class apartments and older middle class housing, which has been built during colonial times.
You should not forget that there is great wealth in the cities of the developing world and that one of the features of the developing world cities is the great contrast in living standards.

In a ring around the high class housing you find well established 'shanty towns'. These will be the oldest shanty towns in the city and are located here so that residents could find work in the CBD or in the homes of the higher-class residents.
These are not like the shanty towns in the outer circle as they have been steadily improved by the residents. Many will have electricity, water supplies, even schools and clinics. The buildings will have been improved so that corrugated iron is replaced with brick and concrete. This could have been via a redevelopment scheme as outlined in the problems and solutions scheme. Many will now be officially recognised settlements.
​
This zone is referred to as 'periferia' or periphery.
Surrounding this (and infilling any gaps) will be the shanty towns that would be resident to the most recent migrants and would typically have the poorest standards of living as outlined in the urban problems section.
In addition, there are sectors of industrial use (as factories locate along main roads especially those that lead directly to a port) and residential as the high classes choose to leave the polluted and over-crowded inner city.
Follow the following link and discuss which model you think this matches and why 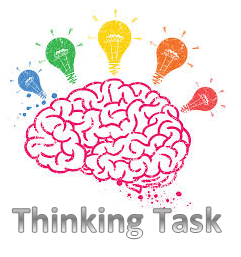 Print out:
​Discuss the above model. How would this impact what the city looks like?

"Can cities be sustainable? Discuss"