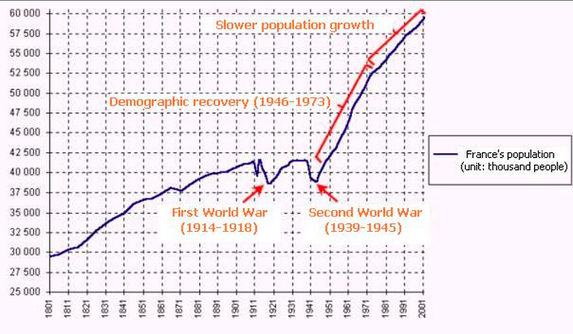 The population of France was increasing but not high enough so the government was aiming to increase it. Their fertility rate was low and their elderly population was high and needed to be decreased. Having a higher young dependency ratio was better for them than having a higher old dependency ratio so that for the future the country would be more economically active.

A lot of European women had the privilege of having access to decent jobs, so many of them were choosing to work over having children. This worried the government as they were afraid that France's population was not going to replace itself overtime.

Prezi presentation about "Code de la famille"
It shows here that when the Policy was set, it took some time before the fertility rate started properly increasing.

​What is going on today? 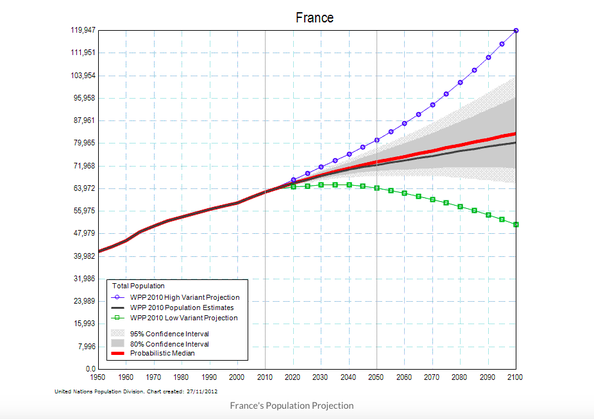 The ex-Prime Minister, Dominique de Villepin claims that baby booms and immigration will help to make “France the most populous country in Europe by 2030.”

The "code de la famille" was initially introduced in 1939 and still today it is improving to raise the fertility rate of France. The policy started off with the banning of contraception but in 1967, it was removed to stop the spread of STDs and other sexual transmitted diseases.

The policy has been very successful  and is politically neutral , the different parties in the French government are supportive and positive that it will continue to be successful. France population is currently 64.8 million people, the United Nations have estimated that the population of France will be 69.2 million by 2030 and 69.8 by 2050.

​ The government recently announced that they were planning on raising the retirement age from 60 to 62 by 2018. They want to increase the support ratio ( economically active people). In the futur, it may be hard for France to to fund the Pro-natalist policy as they are spending bilions today, in which it will reduce the policies success resulting in it failing completely and the issue of paying elderly's social care will worsen.